Chris Biddle is joined this week by Keith Christian, Director of BAGMA (British Agricultural and Garden Machinery Association) and leading agricultural journalist Martin Rickatson to reflect on the 2020 season for the Agri-Turf industry - and provide some thoughts on the months ahead.

The episode was recorded in the midst of the final Brexit talks to decide on the terms of the UK's withdrawal agreement from the EU which comes into force on 31 December 2020. With much of the detail yet to be agreed there is a likelihood that Britain may leave without an agreement.

So much of the talk surrounds the likely impact of Brexit but also takes in the ongoing consolidation of dealers, the likelihood of manufacturer owned dealerships, the need for manufacturers and dealers to work together, likely mergers and acquisitions, the introduction of robots into farming and the likely effect on the machinery market as subsidies are removed over the next few years.

Next Episode All Episodes Previous Episode

Inside AgriTurf
The farm and grass machinery business
Inside Agri-Turf speaks to those at the sharp-end of the farm and grass machinery industry which ranges from powerful 500hp farm tractors to lawnmowers for the home, via equipment used in the upkeep of golf courses, cricket and football grounds, parks and open spaces, forests and the care of the countryside.
As new technology and robotics come increasingly on-stream, we will talk to manufacturers, dealers, industry representatives and end-users in order to report on this fast-moving, innovative and essential sector that often flies under the radar of public recognition. 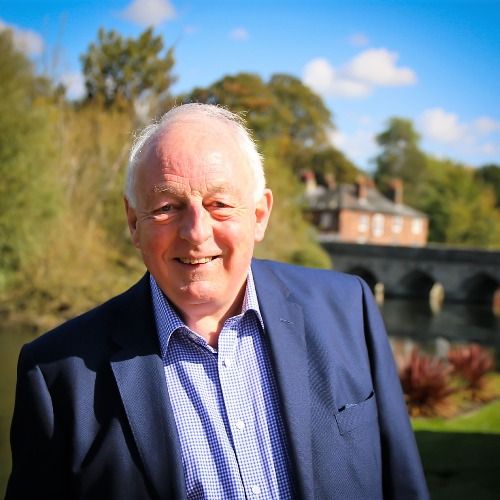 Chris is an experienced journalist specialising in the farm and grass machinery market. He has worked for a major tractor manufacturer and been a managing director of a farm and grass machinery dealership in the West Country.
In 1988, he launched trade magazine, Service Dealer followed by TurfPro in 1998, selling both titles to Land Power Publications in 2015.
He was editor of Landwards, the professional journal of the Institution of Agricultural Engineers (IAgrE) from 2008 until 2019 and is the recipient of the 2020 IAgrE Award for Outstanding Contribution to the Land-Based industry.
Chris lives in Salisbury with his wife Trish, and is an avid cricket fan and member of the MCC for over 55 years.